WHAT IS THE GARDEN TOWN?

Harlow and Gilston was designated as a Garden Town by the Department for Homes, Communities and Local Government in January 2017 and will comprise new and existing communities in and around Harlow.

Harlow and Gilston Garden Town is a growth and regeneration project. The Garden Town itself encompasses Harlow, together with new strategic development sites to the north, east, south and west of Harlow, including seven new villages to the north of Harlow.

The Garden Town will bring a range of benefits for all existing as well as new residents. It with bring:

The map below shows the area of the Garden Town – it encompasses all of existing Harlow  with its green wedges and fingers, along with new strategic sites to the north (Gilston villages), east (known as East Harlow), south (known as Latton Priory) and west (known as the Water Lane area) of Harlow, along with new open spaces and green wedges linking to those that already exist in Harlow. 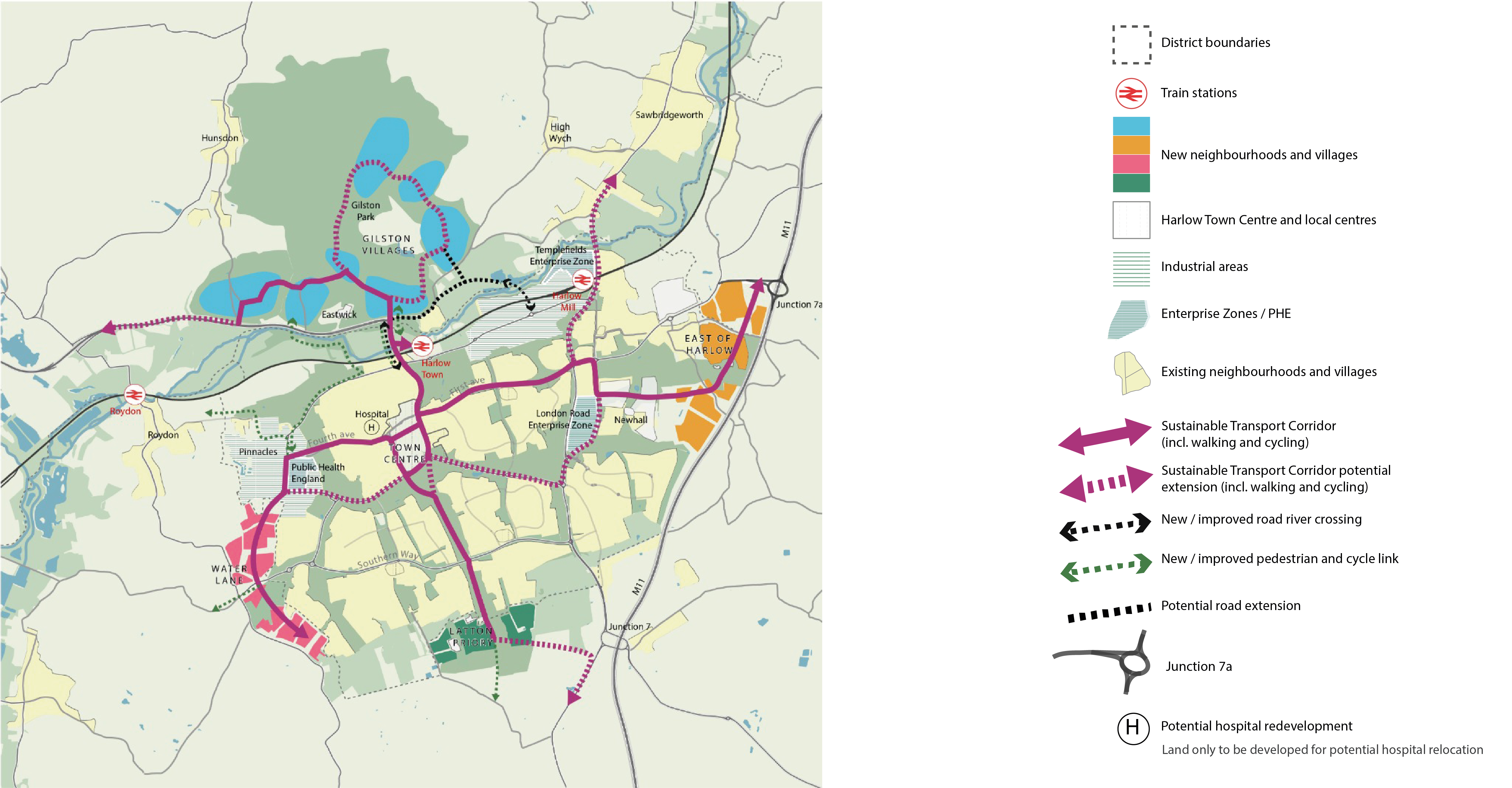 East Hertfordshire, Epping Forest and Harlow District Councils are working together with Hertfordshire and Essex County Councils to ensure plans for the Garden Town provide a fantastic quality of life for existing and future residents.